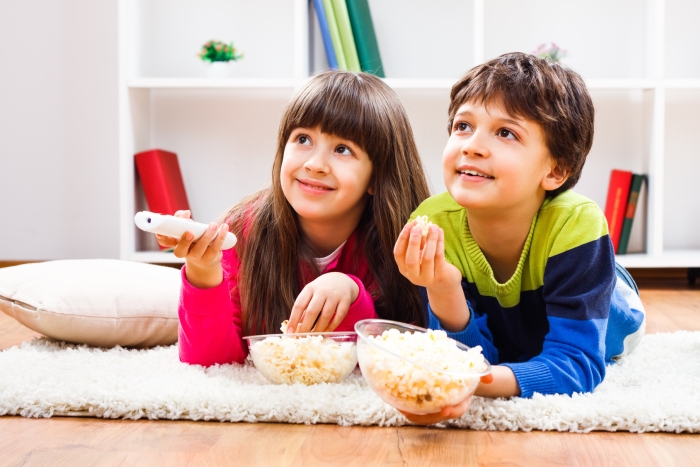 There are many reasons parents may limit the amount of television their children watch.  Excessive television watching can lead to attention problems, school difficulties, and irregular sleep patterns. It can also lead to eating disorders and weight gain.

Numerous studies have shown that excessive TV watching is associated with overweight children.  Watching television is often associated with eating fewer vegetables and fruits. It also leads to consuming more soda, candy, and fast food.  Some studies even show a correlation between television-watching and skipping breakfast (still the most important meal of the day)!  Finally, other studies have monitored the steady stream of ads for high-sugar, high-fat foods aimed directly at children and how that changes their eating habits.

One of the best ways to avoid childhood obesity is to limit how much television your child watches every day.  Most experts say it should be limited to 2 hours.   Parents and guardians can also follow these tips: