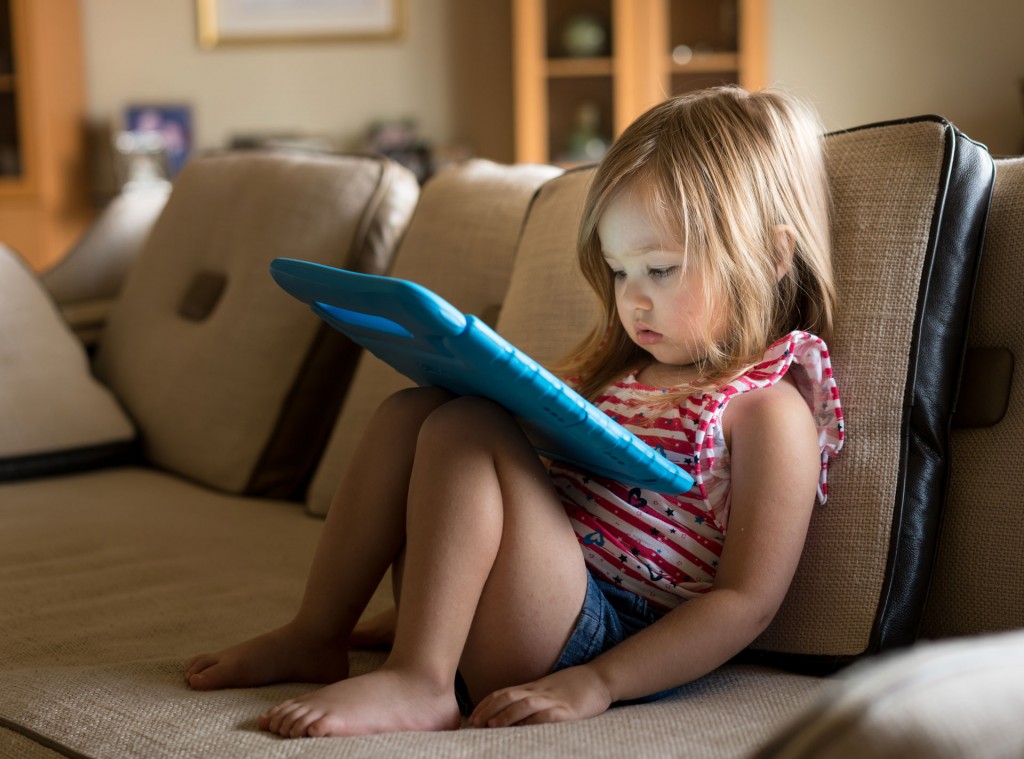 Though it can be so easy to just hand a tablet to your baby or turn on the television for them to keep them occupied, it may not be the best idea. According to surveys, over 92% of one-year olds already have experience interacting with a tablet or mobile device, and some begin as young as just four-months old. Now, as the parent, you may be asking yourself where is the harm in this?

Young children learn best when they are physically interacting with people and objects. This can mean touching, playing and shaking with toys and books and also, seeing faces and hearing voices of their parents, siblings or caregivers. Physically interacting with people and things is how toddlers translate basic, necessary skills that they will need within the real world. Yes, there are educational games and videos available on devices, but simply tapping and swiping at a screen makes it much more difficult to apply those skills and lessons in their everyday lives.

There is strong evidence that infants and toddlers who accumulate higher screen time can have long-term negative effects on things like reading skills, short-term memory, language development, attention span and sleeping patterns. An easy way to think about the relationship between screen-time and your toddlers is like junk food and our bodies, and screen-time is like mental junk food. Even if you have the television on in the background while you’re trying to clean or cook, this can decrease a parent’s words per hour from 940 words to 770 words, which translates to less opportunity for your child to learn from you.

The World Health Organization recently announced that infants younger than one year should not be exposed to screens at all, and that children between two and four should avoid sedentary screen time longer than one hour. The American Academy of Pediatrics is currently revising their screen time guidelines as a result of the World Health Organization’s findings, though their recommendation currently states that after age two, you can become a little more lenient with screen-time, and it should be monitored closely. When your child wants to watch something, make sure it is something educational so they can learn from it.