“Vaccines are among the most successful and cost-effective public health tools available for preventing disease and death. They not only help protect vaccinated individuals, but also help protect entire communities by preventing and reducing the spread of infectious diseases. Among children born during 1994-2013, vaccination will prevent an estimated 322 million illnesses, 21 million hospitalizations, and 732,000 deaths over the course of their lifetimes.”  – The American Academy of Pediatrics

It’s easy to think of these as “diseases of the past.” But the truth is, they still exist. Children in the United States can—and do—still get some of these diseases.

One example of the seriousness of vaccine-preventable diseases is an increase in measles cases or outbreaks that were reported in 2014. The United States experienced a record number of measles cases, with 667 cases from 27 states reported to the CDC. This was the greatest number of cases in the U.S. since measles was eliminated in 2000.

“Do vaccines even work? It seems like most of the people who get these diseases have been vaccinated.”

Vaccines work very well, and millions of children have been protected against serious illnesses because they were immunized. The effective rate for preventing diseases is 90%-99% for most childhood vaccines.  When a large percentage of the population has been immunized, it is to be expected that most who get the disease will have been vaccinated. However, if a vaccinated child does get the disease, the symptoms are usually milder with less serious side effects or complications than a child who has not been vaccinated.

Here are just a few of the childhood diseases that can be prevented by vaccines:

Diphtheria – symptoms include a thick coating in the back of the throat that can make it hard to breathe. Diphtheria can lead to breathing problems, paralysis, and heart failure. Before there was a vaccine about 15,000 people died from diphtheria each year in the U.S.

Pertussis, also known as Whooping Cough – symptoms include violent coughing spells that make it hard for a baby to eat, drink, or breathe. These spells may last several weeks.  Pertussis can lead to pneumonia, seizures, brain damage, or death. Pertussis can be very dangerous in infants, and most pertussis deaths are in babies younger than 3 months, which is why the CDC recommends that pregnant women receive the pertussis vaccine during the 3rd trimester of each pregnancy (http://www.cdc.gov/pertussis/pregnant/mom/get-vaccinated.html).

Polio – symptoms can include a flu-like illness, or there may be no signs at all. Polio can lead to permanent paralysis (can’t move an arm/leg, or sometimes can’t breathe), and death.  In the 1950s, polio paralyzed more than 15,000 people every year in the United States.  Our 32nd President, Franklin D. Roosevelt, was paralyzed by polio in 1921. 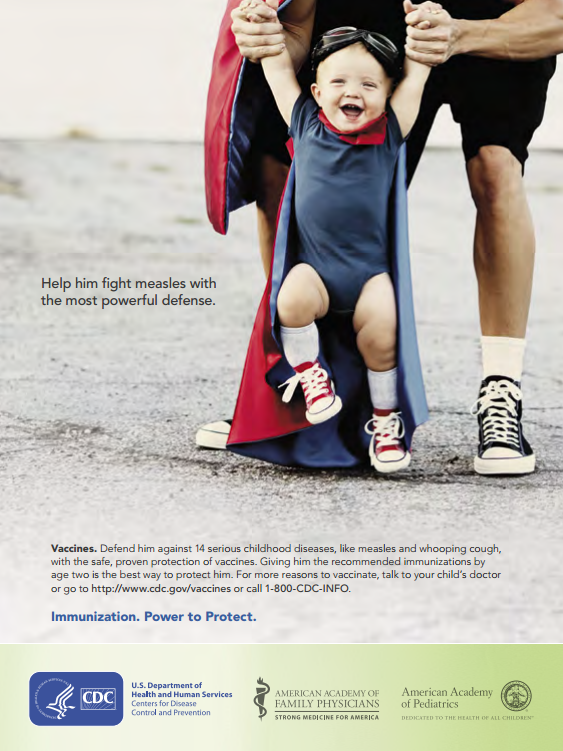